A Passion For Pilates Plr Ebook 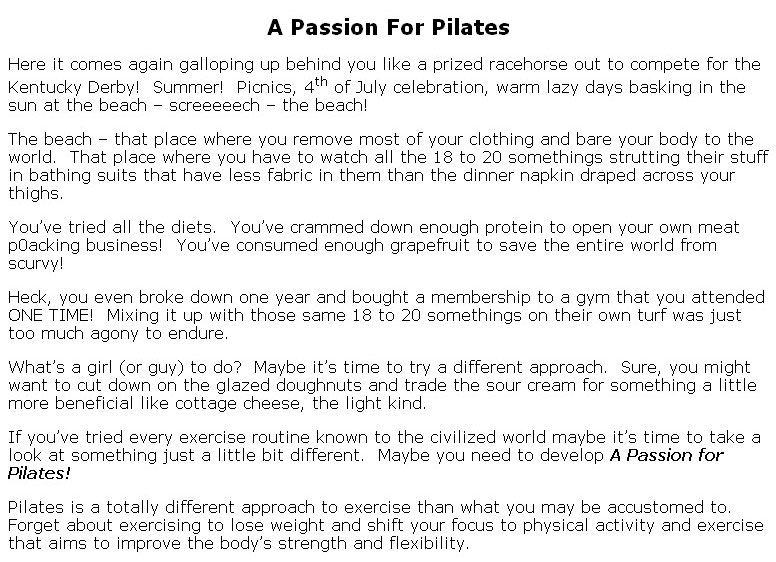 The Pilates Method, more commonly known as Pilates, is a popular kind of physical activity and exercise that aims to improve the body’s strength and flexibility.

Pilates began early in the 20th century. Joseph Pilates, a German boxer and circus performer who, during World War I, was forced into an internment camp, developed it.  While in that camp he developed floor exercises to help keep himself healthy and rehabilitate his fellow detainees.

After the war, Joseph Pilates came back to Germany and trained the Hamburg Military Police for a short period of time. He eventually moved to the United States, where he met his wife. The two of them worked together to improve the Pilates method and invent special equipment.

He trained students in a studio in New York, who eventually became teachers themselves of the Pilates method. Some teachers chose to teach Pilates in its original form, while some teachers opted to include their own styles, creating a contemporary style of Pilates.

Joseph Pilates wrote two books on Pilates. The books are entitled “Your Health: A Corrective System of Exercising That Revolutionizes the Entire Field of Physical Education” and “Return to Life through Contrology.”