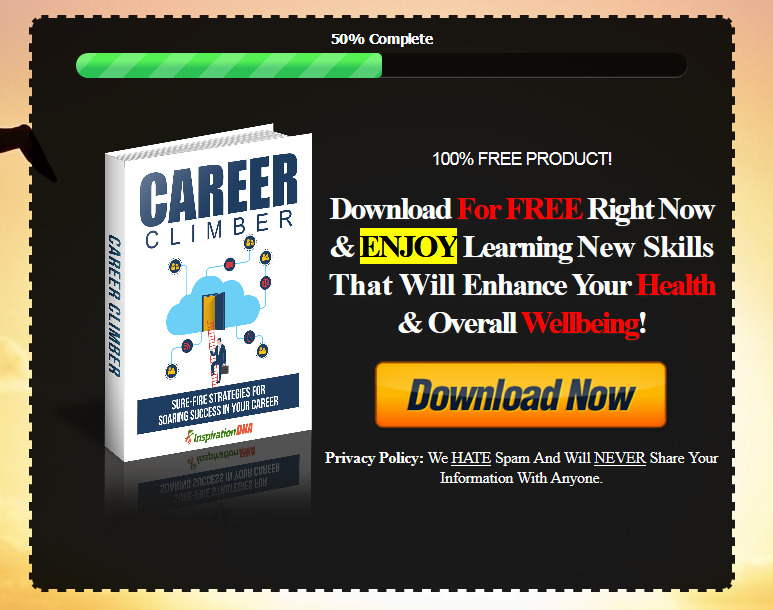 Foreword
Chapter 1:
Introduction
Chapter 2:
Basics to Career Advancement
Chapter 3:
How to Get Your Dream Job
Chapter 4:
Do’s And Don’ts for Career Success
Chapter 5:
How to Negotiate a Raise
Chapter 6:
Becoming a Leader
Wrapping Up

How to Negotiate a Raise

Most of the times, employers overlooked on the value of their employees that they take them for granted. They do not see our need for an increased remuneration for the works we have done. Because of this, we tend to bargain our job, quit, and move to other companies that offer us higher pay. However, quitting should not be our first option. We can negotiate a raise without leaving the company for good.

Let me show you the wrong and right way of negotiating a raise.

Negotiating a raise – the Wrong Way

Mark has been working in a company for two years already. Within that duration, he was able to develop the sloppy department into a fast and efficient one. However, his concern is that he was only receiving a 3% increase for all the efforts he has done. In his mind, the company was already taking advantage of him. So what he did was that he went to his boss’ office full of anger, complaining. He even conditioned the boss that if she will not give him the increase he wanted, he will quit. The result? He lost both the raise and the job. His boss told him to quit. It was a loss. It was the wrong way.

Of course, Mark deserves a raise. The problem here lies in the way he negotiated with his boss. His approach was inappropriate. He was very aggressive that he forgets he is only the employer, he is not the boss. Bosses do not like people who are acting over their authority. You should never do that, too.

Negotiating a raise – The Right Way

Be responsible of your compensation

Raises are forms of incentives for the great works you have accomplished for the company. However, it is not the boss’ responsibility to keep a record of your accomplishments and given them due reward. Normally, people focus more on the negative sides rather than on positive things. The same is true for your boss. Whatever you achieved for your work will not be recognized much. They will always look for things you haven’t do rather than what you were able to do. Even you are also practicing it unknowingly. Let’s cite for example the janitor in your office. You don’t remember him when the office is clean the time you arrived. But when the whole surrounding is not clean, the janitor becomes your center of attention for his mistake.

As you realize these things, it would work if you yourself will track your accomplishments and get compensated for those. Be responsible for the credit of your achievements.

Keeping a record for all the accomplishments you have contributed for the company. Writing them on a job journal works best. Record everything you have worked on and list them on your journal. Quantify as many contributions as you can. Whether it is for the improvement of their money handling, promoting customer value, gaining higher profits, increasing customer traffic, so on and so forth.

If you are in a job that cannot be quantified, think of possible ways wherein you can still record your hard works. Think about how you can be recognized in all the things you have done. Think about the changes you have made, the developments you have completed. For example, you are in the marketing team to recruit people to buy your products and patronize your services. Perhaps you have recruited a lot. Those customers might refer to you when asked about how they came to know the product.

Probably, you are in the training team for new employees. Your worth will be seen on the outputs the new employees are capable of and when evaluation time will come, you will be recognized for your good work.

Market your raise to the Boss

As soon as you already have the journal with all your contributions listed in it, you can now schedule a time to talk to your boss and negotiate to him your desired raise. As you try to get the boss on your side, show him/her your loyalty to the company and your commitment to serve them with excellence. By this, your boss will see the value you have for the company. With all your proofs, you can get the raise you have been waiting for.

Leadership styles vary depending on the kind of followers a leader has. There are a lot of leadership styles; however, the effectiveness of the style is dependent on the situation.

As much as these styles differ from each other, the culture of the people in an organization also differs from one organization to another. In an organization, there is at least one leadership style that can be effective to them.

Thus, a person’s ability to lead the members of the team to the realization of the company goals is dependent on how effective the leadership style he/she is employing.

Leadership Motivation of the team makes the leadership successful

Here are several leadership styles we can look on to:

A charismatic leader is appealing to his/her followers and has the ability to communicate to them well, persuading them with words to direct them in the organizational goals. This type of leadership is applicable both in formal and informal organizations.

Because the leader seems so engaging and pleasing to the followers, the team members get close to them and stick to the team wherever the leader will take them. The followers are able to form a sense of belongingness and trust that the leader will stand by to their objectives and make things happen.

Sometimes, it is not necessary for the leader to have actual authority over their followers. At times, they listen to the concerns of their followers, making the subordinates feel valued and given high importance in the team. The quality of communication the leader has dealt with them enables them to do their part as well for the team and keep their loyalty and goodwill to the leader.

This skill in dealing with followers is not always an inborn ability to all leaders. Some of them develop this skill as the leadership style progress. In this leadership style, the leader becomes effective because of their ability to use their words thriving in conversing with their followers. They are risk takers as well and deny themselves as they take lead to achieve the organizational goals.

The main concept for this leadership style is to create an image in the mind of the followers the ideal form of a leader. In this case, they will see their leader as someone who will make anything possible. As a result, the subordinates also feel that in the same way, they are like their leader. With this, they are mutually encouraged to cooperate and unite with each other to realize all the conceptual goals of the organization. They put their devotion to their works and commit to render their service in excellence.

In a charismatic leadership, the direction of the team is dependent on the given needs that affect the leader. Basically, these motivational factors drive the leader where to take the whole team. The motive and intent of the leader plays a big role in this leadership style. If you become a leader employing this particular style, it would be good if you add to your charisma the virtue of being realistic and factual; at the same time not compromising the goals of the organization. Be flexible to any endeavor you try to make and keep yourself and the followers evaluated for the appropriate direction of the whole team.