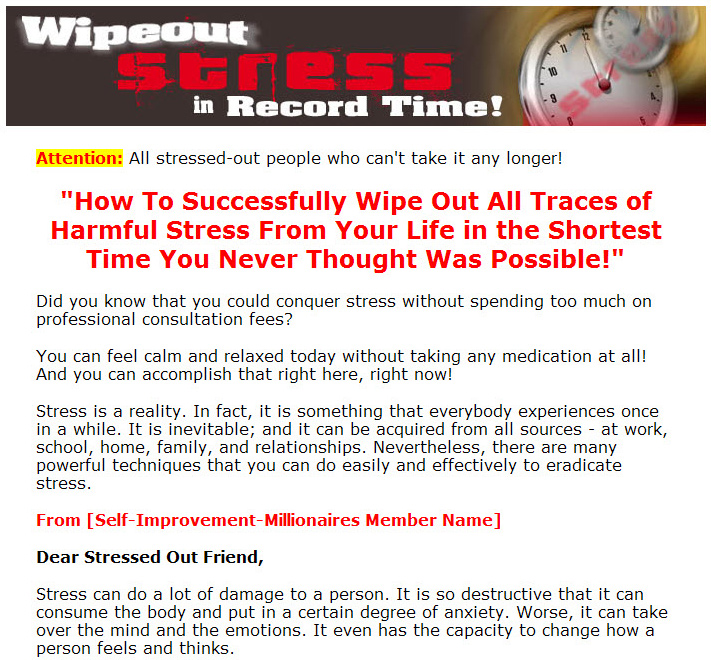 In the early part of the twentieth century, Walter Cannon was a noted psychologist employed at the Harvard Medical School. He was the first person to describe the body’s reaction to stress. Think of it this way: Your heart begins to pound and speed up, you seem unable to catch your breath, you begin to perspire, your muscles tense and a whole array of changes occur within your body. He identified this stress reaction as the ‘fight or flight’ response. Your body prepares itself, when confronted by a threat, to either stand ground and fight or run away.

Using rats in an experiment and exposing them to stressors, Hans Selye was able to specify the changes in the body’s physiology. In his book “The Stress Of Life”, he summarized stress reactivity as a three-phase process called the general adaptation syndrome:

Phase 1: Alarm reaction – The body shows the changes characteristic of the first exposure to a stressor. At the same time, its resistance is diminished and, if the stressor is sufficiently strong (like extreme temperature), death may result.

Phase 2: State of resistance – Resistance ensues if continued exposure to the stressor is compatible with adaptation. The bodily signs characteristic of the alarm reaction have virtually disappeared, and resistance rises above normal.

Phase 3: Stage of exhaustion – Following long continued exposure to the same stressor, to which the body has become adjusted, eventually adaptation energy is exhausted. The signs of the alarm reaction reappear, but now they are irreversible, and the individual dies.

Selye said stress is “nonspecific response of the body to any demand made upon it.” That means both good things (like a promotion) to which we must adapt (also called eustress) and bad things (loss of a loved one, a.k.a. distress). Both are experienced physiologically. Other researchers have added to the work of these two scientists to shed more light on the relationship of stress to body processes. With this understanding comes a better appreciation of which illnesses and diseases are associated with stress and how to prevent these conditions from developing. Others also helped clarify the effects of stress. Others have found ways of successfully treating people with stress-related illnesses.

Stress may not just be bothersome but may be downright unhealthy, and that stress may lead to other negative consequences, such as poor relationships with loved ones or low academic achievement. Stress management is serious business to which some very fine minds have devoted their time and effort. This study has paid off and is continuing to do so…