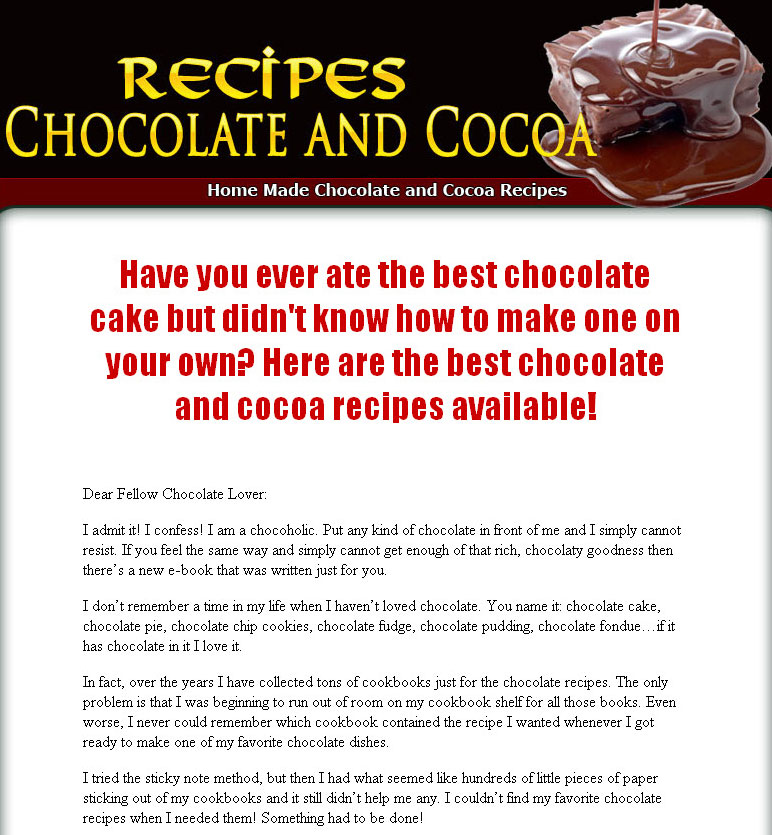 Cocoa and Chocolate The term “Cocoa,” a corruption of “Cacao,” is almost universally used in English- speaking countries to designate the seeds of the small tropical tree known to botanists as THEOBROMA CACAO, from which a great variety of preparations under the name of cocoa and chocolate for eating and drinking are made. The name “Chocolatl” is nearly the same in most European languages, and is taken from the Mexican name of the drink, “Chocolate” or “Cacahuatl.” The Spaniards found chocolate in common use among the Mexicans at the time of the invasion under Cortez in 1519, and it was introduced into Spain immediately after. The Mexicans not only used chocolate as a staple article of food, but they used the seeds of the cacao tree as a medium of exchange.

No better evidence could be offered of the great advance which has been made in recent years in the knowledge of dietetics than the remarkable increase in the consumption of cocoa and chocolate in this country. The amount retained for home consumption in 1860 was only 1,181,054 pounds—about 3-5 of an ounce for each inhabitant. The amount retained for home consumption for the year ending Dec. 31, 1908, was 93,956,721 pounds—over 16 ounces for each inhabitant. Although there was a marked increase in the consumption of tea and coffee during the same period, the ratio of increase fell far below that of cocoa. It is evident that the coming American is going to be less of a tea and coffee drinker, and more of a cocoa and chocolate drinker. This is the natural result of a better knowledge of the laws of health, and of the food value of a beverage which nourishes the body while it also stimulates the brain.

Baron von Liebig, one of the best-known writers on dietetics, says: “It is a perfect food, as wholesome as delicious, a beneficient restorer of exhausted power; but its quality must be good and it must be carefully prepared. It is highly nourishing and easily digested, and is fitted to repair wasted strength, preserve health, and prolong life. It agrees with dry temperaments and convalescents; with mothers who nurse their children; with those whose occupations oblige them to undergo severe mental strains; with public speakers, and with all those who give to work a portion of the time needed for sleep. It soothes both stomach and brain, and for this reason, as well as for others, it is the best friend of those engaged in literary pursuits.”

M. Brillat-Savarin, in his entertaining and valuable work, Physiologie du Goût, says: “Chocolate came over the mountains [from Spain to France] with Anne of Austria, daughter of Philip III and queen of Louis XIII. The Spanish monks also spread the knowledge of it by the presents they made to their brothers in France. It is well known that Linnæus called the fruit of the cocoa tree theobroma , ‘food for the gods.’ The cause of this emphatic qualification has been sought, and attributed by some to the fact that he was extravagantly fond of chocolate; by others to his desire to please his confessor; and by others to his gallantry, a queen having first introduced it into France…