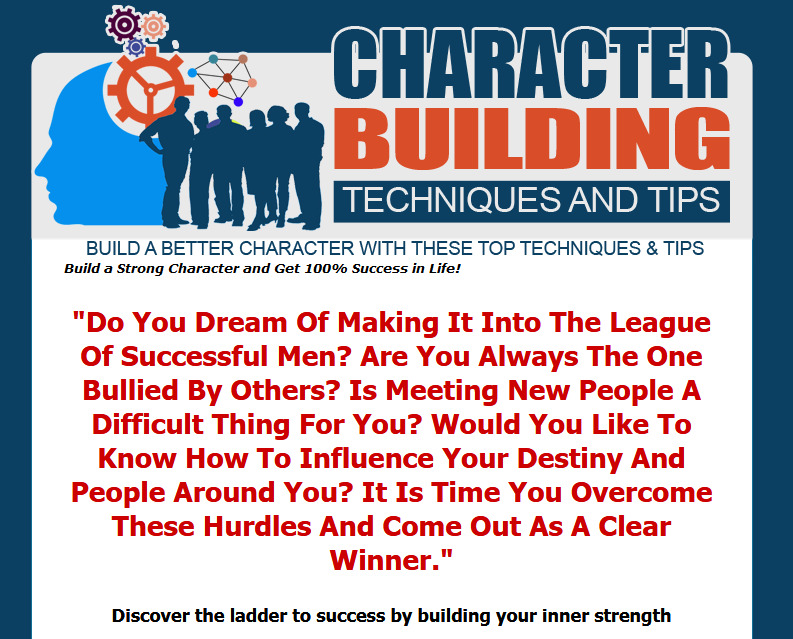 Where is the man’s safety in the light of what we have been considering? Simply this: the moment the thought of using for his own purpose funds belonging to others enters his mind, if he is wise he will instantly put the thought from his mind. If he is a fool he will entertain it. In the degree in which he entertains it, it will grow upon him; it will become the absorbing thought in his mind; it will finally become master of his will power, and through rapidly succeeding steps, dishonor, shame, degradation, penitentiary, remorse will be his. It is easy for him to put the thought from his mind when it first enters; but as he entertains it, it grows into such proportions that it becomes more and more difficult for him to put it from his mind; and by and by it becomes practically impossible for him to do it. The light of the match, which but a little effort of the breath would have extinguished at first, has imparted a flame that is raging through the entire building, and now it is almost if not quite impossible to conquer it.

Shall we notice another concrete case? A trite case, perhaps, but one in which we can see how habit is formed, and also how the same habit can be unformed. Here is a young man, he may be the son of poor parents, or he may be the son of rich parents; one in the ordinary ranks of life, or one of high social standing, whatever that means. He is good hearted, one of good impulses generally speaking, a good fellow. He is out with some companions, companions of the same general type. They are out for a pleasant evening, out for a good time. They are apt at times to be thoughtless, even careless. The suggestion is made by one of the company, not that they get drunk, no, not at all; but merely that they go and have something to drink together. The young man whom we first mentioned, wanting to be genial, scarcely listens to the suggestion that comes into his inner consciousness that it will be better for him not to fall in with the others in this. He does not stop long enough to realize the fact that the greatest strength and nobility of character lies always in taking a firm stand on the aide of the right, and allow himself to be influenced by nothing that will weaken this stand. He goes, therefore, with his companions to the drinking place. With the same or with other companions this is repeated now and then; and each time it is repeated his power of saying “No” is gradually decreasing. In this way he has grown a little liking for intoxicants, and takes them perhaps now and then by himself. He does not dream, or in the slightest degree realize, what way he is tending, until there comes a day when he awakens to the consciousness of the fact that he hasn’t the power nor even the impulse to resist the taste which has gradually grown into a minor form of craving for intoxicants. Thinking, however, that he will be able to stop when he is really in danger of getting into the drink habit, he goes thoughtlessly and carelessly on. We will pass over the various intervening steps and come to the time when we find him a confirmed drunkard. It is simply the same old story told a thousand or even a million times over.

He finally awakens to his true condition; and through the shame, the anguish, the degradation, and the want that comes upon him he longs for a return of the days when he was a free man. But hope has almost gone from his life. It would have been easier for him never to have begun, and easier for him to have stopped before he reached his present condition; but even in his present condition, be it the lowest and the most helpless and hopeless that can be imagined, he has the power to get out of it and be a free man once again. Let us see. The desire for drink comes upon him again. If he entertains the thought, the desire, he is lost again. His only hope, his only means of escape is this: the moment, aye, the very instant the thought comes to him, if he will put it out of his mind he will thereby put out the little flame of the match. If he entertains the thought the little flame will communicate itself until almost before he is aware of it a consuming fire is raging, and then effort is almost useless. The thought must be banished from the mind the instant it enters; dalliance with it means failure and defeat, or a fight that will be indescribably fiercer than it would be if the thought is ejected at the beginning.

And here we must say a word regarding a certain great law that we may call the “law of indirectness.” A thought can be put out of the mind easier and more successfully, not by dwelling upon it, not by, attempting to put it out directly, but by throwing the mind on to some other object by putting some other object of thought into the mind. This may be, for example, the ideal of full and perfect self-mastery, or it may be something of a nature entirely distinct from the thought which presents itself, something to which the mind goes easily and naturally. This will in time become the absorbing thought in the mind, and the danger is past. This same course of action repeated will gradually grow the power of putting more readily out of mind the thought of drink as it presents itself, and will gradually grow the power of putting into the mind those objects of thought one most desires. The result will be that as time passes the thought of drink will present itself less and less, and when it does present itself it can be put out of the mind more easily each succeeding time, until the time comes when it can be put out without difficulty, and eventually the time will come when the thought will enter the mind no more at all.

Still another case: You may be more or less of an irritable nature naturally, perhaps, provoked easily to anger. Someone says something or does something that you dislike, and your first impulse is to show resentment and possibly to give way to anger. In the degree that you allow this resentment to display itself, that you allow yourself to give way to anger, in that degree will it become easier to do the same thing when any cause, even a very slight cause, presents itself. It will, moreover, become continually harder for you to refrain from it, until resentment, anger, and possibly even hatred and revenge become characteristics of your nature, robbing it of its sunniness, its charm, and its brightness for all with whom you come in contact.

If, however, the instant the impulse to resentment and anger arises, you check it then and there, and throw the mind on to some other object of thought, the power will gradually grow itself of doing this same thing more readily, more easily, as succeeding like causes present themselves, until by and by the time will come when there will be scarcely anything that can irritate you, and nothing that can impel you to anger; until by and by a matchless brightness and charm of nature and disposition will become habitually yours, a brightness and charm you would scarcely think possible today. And so we might take up case after case, characteristic after characteristic, habit after habit. The habit of faultfinding and its opposite are grown in identically the same way; the characteristic of jealousy and its opposite; the characteristic of fear and its opposite. In this same way we grow either love or hatred; in this way we come to take a gloomy, pessimistic view of life, which objectifies itself in a nature, a disposition of this type, or we grow that sunny, hopeful, cheerful, buoyant nature that brings with it so much joy and beauty and power for ourselves, as well as so much hope and inspiration and joy for all the world.

There is nothing more true in connection with human life than that we grow into the likeness of those things we contemplate. Literally and scientifically and necessarily true is it that “as a man thinketh in his heart, so is he.” The “is” part is his character. His character is the sum total of his habits. His habits have been formed by· his conscious acts; but every conscious act is, as we have found, preceded by a thought. And so we have it – thought on the one hand, character, life, and destiny on the other. And simple it becomes when we bear in mind that it is simply the thought of the present moment, and the next moment when it is upon us, and then the next, and so on through all time.

One can in this way attain to whatever ideals he would attain to. Two steps are necessary: first, as the days pass, to form one’s ideals; and second, to follow them continually, whatever may arise, wherever they may lead him. Always remember that the great and strong character is the one who is ever ready to sacrifice the present pleasure for the future good. He who will thus follow his highest ideals as they present themselves to him day after day, year after year, will find that as Dante, following his beloved from world to world, finally found her at the gates of Paradise, so he will find himself eventually at the same gates. Life is not, we may say, for mere passing pleasure, but for the highest unfoldment that one can attain to, the noblest character that one can grow, and for the greatest service that one can render to all mankind. In this, however, we will find the highest pleasure, for in this the only real pleasure lies. He who would find it by any short cuts, or by entering upon any other paths, will inevitably find that his last state is always worse than his first; and if he proceed upon paths other than these he will find that he will never find real and lasting pleasure at all.