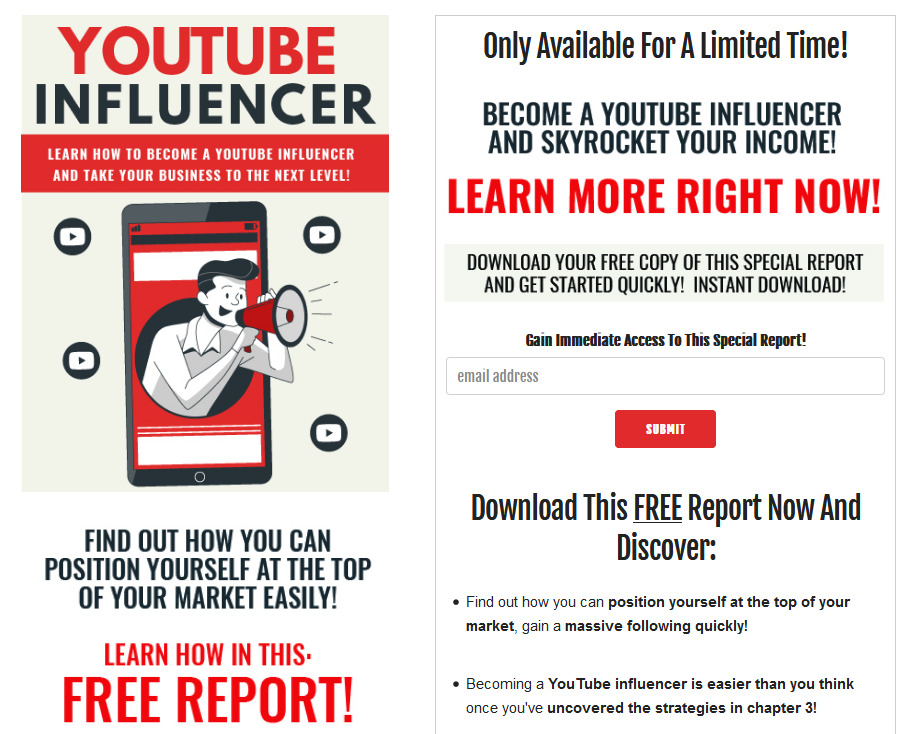 Let’s start by taking a close look at some of the top influencers on YouTube.

Number 1 is still PewDiePie, with 108 million subscribers. His name is Felix Kjellberg and he’s a Swede living in the United Kingdom.

PewDiePie is known for popular videos where he broadcasts a running commentary as he plays video games.

And people love watching him play. His coverage has expanded into commentary and coverage of popular internet memes and viral videos. In 2019, he made $13 million.

Coming in second place is the “Kids Diana Show,” featuring Russian-speaking Diana and her brother Roma as they unbox toys and go on fantastic adventures.
They have 73.2 million subscribers who love watching them open their packages.

Third is another children’s series: Like Nastya. This one features Russian-American Stacy who plays with toys and goes on adventures with her family. Stacy has 67.9 million followers.

Vlad and Niki, with 61.5 million subscribers, are in fourth place with their videos showing the brothers playing with toys and showing off their daily adventures.

And the fifth most popular influencers for 2021 are “Dude Perfect,” five American guys who perform trick sports shots and feature famous athletes playing along with them.

They’ve expanded into comedy recently, and the crew is often joined by their giant panda mascot. Their viewers love watching them set up their trick shots and perform with other athletes.

Other successful influencers include MrBeast, aka Jimmy Donaldson, who is known for two types of videos: viral challenges (like counting to 100,000 in one video) and attention-grabbing charity stunts (like donating thousands of dollars to small Twitch players or waitresses).

And then there’s Smosh, a comedy troop who performs skits and comedy series spinoffs, and Kimberly Loaiza, one of Mexico’s most popular social media stars who features videos on lifestyle and music.

The success of video creators like these has shifted the way traditional marketing works, as well as the ways that companies can reach their customers through social media.

There’s a lot of money in the marketing industry, especially with influencer marketing.

But how can you break into the industry and start making money yourself?

Becoming a YouTube influencer is not going to be a simple journey, but just as you’ve seen in the previous chapter, there are many people who have carved out a lucrative income by doing it, and so can you—it’ll just take perseverance and determination.

Start by creating a plan of action.

This is where you’ll lay out exactly what you’re hoping to get out of building a YouTube presence. So, focus on your objectives and overall goals.

This is going to help you figure out what sort of video content you should create, and help to determine who your target audience is.

What you’re looking for is clear direction and intent so you can lay down a strong foundation for your business. And that’s exactly what becoming a YouTube influencer involves: building a targeted, flexible and rock-solid business.

Here are some steps you can take to get your YouTube influencer career off the ground:

This is an obvious first step, but you’d be surprised how many people leave this until last.

It’s wise to start with this so that you can begin to visualize your channel’s overall brand, including your design as well as the type of graphics and thumbnails you’ll use, and of course, your content.

Set up an account and a channel name that is easy to remember and that reflects what you’re doing.

Use keywords that tell people exactly what your channel is about, or follow in the footsteps of influencers such as Marques Brownlee, who uses his initials plus the abbreviation for high definition to create his channel name: MKBHD.

It’s short handle that’s instantly recognizable across all his platforms and memorable, which is key.

Brownlee reviews tech, so the high definition refers to his content and gives you a hint of what’s to come.