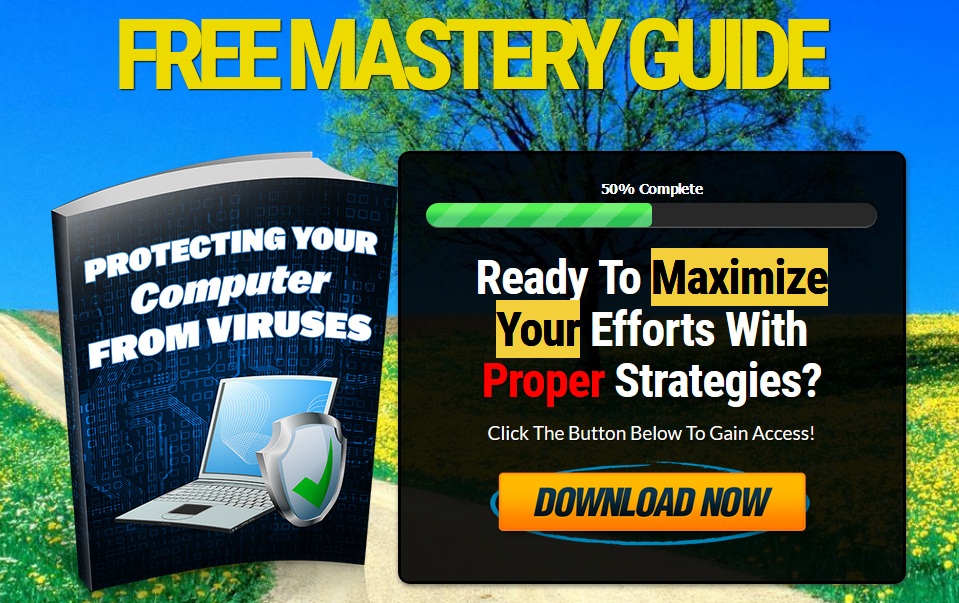 While it was a much slower process than it is today, viruses could still reach hundreds, thousands, or even hundreds of thousands of home computers through the sharing of interchangeable media like floppy disks, as well as the early protoplasmic material that would eventually become the Internet: Dial-up modems and BBS boards. These boards were full of people looking to download new software either for cheap or for free (meaning, of course, pirated), and these users proved to be very easy targets for anyone hoping to infect home computers with viruses.

The first Trojans appeared on the Bulletin Board Systems. When a user came on a board asking for free software, another user might oblige, providing them with the software, but with a virus attached. This was not necessarily the intention of the file sharers, but rather, they may have been handed the file with a virus unknowingly, or it may have worked its way into the file in question simply by association with their infected computer, meaning that, perhaps, every file being sent from their system was infected. Even at this stage, virus programmers were really just hobbyists, and while their work may have spread quickly, it was still a relatively small phenomenon, and there was little fear of identity theft happening as a result (although the damaged and slow computers weren’t exactly appreciated, nonetheless). Starting around the 1990’s, it became possible to embed a virus directly into an email, with or without a downloadable attachment, thanks to shared file programs like Microsoft Outlook.

We also saw viruses embedding themselves directly into websites, infecting any and all visitors, whether or not they’ve actually agreed to download something, viruses embedded in Instant Messages, and viruses that might simply worm their way onto your computer just because the virus maker happens to have your Internet proxy address handy. It was during the big PC boom of the 90’s that it became a possibility to take advantage of people with a computer virus, and not just to slow their computers down. Where previous viruses had been done as jokes or as experiments, now, with people filing their taxes online or using PayPal to purchase items on eBay, it became easy to use viruses to take credit card numbers, to commit fraud and identity theft, and to steal information to sell to spam marketers. Likewise, at this point, it became clear that computer viruses were a serious problem, and more and more companies started putting out anti-virus software. And, of course, as the anti-virus companies started fighting back, the virus programmers had to step up their game in order to work around the software. As the viruses became more sophisticated, so, too, did the anti-virus software, and so on and so on. And this brings us to where we are today.

If you’ve never been a victim of identity theft, it may seem that the only reason viruses exist is to slow your computer down and to force you to send it in for repairs. As such, you may wonder who has the time to sit around coming up with ways to mess with people like that. Well, the truth is that there’s a lot of money in creating computer viruses. Again, today’s virus makers are not just trying to be funny and they’re not just experimenting. They want money. The people who create viruses are not just hobbyists; they’re professionals (or professional criminals, if you will). Viruses aren’t just there to slow your computer down; they are there to steal information from you. They will either take your financial information and steal your money directly or they will steal your personal information, sell it to spam companies, and make some money that way. Virus programmers are dedicated and skilled at what they do, and they don’t do it for free. They want money, yours or someone else’s, and most of them make a good living doing it. True, there are some practical-joker virus makers out there, but the vast majority of the thousands upon thousands of viruses, worms, Trojans, and malware bots we have today are designed only to take information from you. That viruses are bad for your computer, that they slow your PC to a snail’s crawl, is merely a side effect. In fact, they are even being designed these days to take up less of your computer’s RAM, so you may even be infected without any slowdown whatsoever.

The benefit this offers the virus makers is that you might never know you’re infected in the first place, and if you don’t know that you’re infected, then you will be less likely to do something about it. So, again, most of the people out there programming viruses are not doing it as a hobby, but as a career.

They take to it with all of the seriousness and misguided work ethic as you would take to your own career. The difference is that their chosen line of work is illegal and malevolent. They want to take advantage of you, they want your information, and if they can get it, they want your money, and that is the only reason there are so many viruses out there. Protecting your Computer

It should be understood that merely getting rid of viruses when they infect your computer… isn’t really the best way of going about protecting yourself from virus infection. Of course, you want to run a scan regularly to make sure that you’re clean, but more importantly, you need to make sure you’re actually protected in the first place. If you only scan your computer when it starts slowing down, then you’re only dealing with the problem after it happens. When the home computer market really started to take off in the mid-1990s, many users actually wound up replacing their computers when they started to slow down thanks to virus infections. This was before these new PC users really knew what viruses were, as they just assumed that a two-year-old computer running at a snail’s crawl was just “showing its age.” Really, this is comparable to trading your car in when all it needed was an oil change. Carrying this analogy a little further, installing a full security system onto your computer is comparable to carrying full insurance on your car… as opposed to waiting until you’re in an accident and then worrying about how you’re going to pay for the damage.

In other words, it’s simply not the sort of thing you can afford to neglect.

At this very moment, there are viruses trying to get into your computer, whether it’s through websites, through e-mail, through IM messages, or through an open Wi-Fi connection. If you are connected to the Internet, then you are literally under assault day and night from the virus makers.

So, get some security software and scan your computer regularly, at least once a week, with a “search and destroy” anti-virus program.

WHAT YOU SHOULD LOOKFOR IN COMPUTER SECURITY SOFTWAREIdeally, you should try to get your hands on a full security package, as opposed to just an anti-virus program, an e-mail spam filter, and so on and so on that are all separate programs. There are quite a few of these full security package programs available. McAfee Security Center comes highly recommended, as it is a full package covering anti-virus, spam filtering, pop-up blocking, spyware, adware and malware filtering, worm and trojan filtering, and so on. However, a full package like McAfee does cost somewhere in the area of forty to sixty dollars, depending on the retailer. A full package like this is the only security you’ll ever need for your computer, but, that said, if you’re strapped for cash, then you’re strapped for cash, and you need to make sure you’re protected right now, not “when you get around to doing something about it.” If your computer is unprotected, then stop reading this right here and go download a free virus protection program NOW. The free virus protection programs are not the best protection you can get, but they will work as a temporary band-aid until you can find some full security software that you can be happy with. Whatever you settle on, the number one, first and foremost, most important aspect of the software is that it absolutely has to be up to date. You can’t simply unpack the anti-virus software that came with your PC three years ago and install it. Rather, you need to make sure that whatever software you’re using receives regular updates. The best in this category will update about once a day. Some actually update more than once every day. The fact is that hundreds of new viruses enter the world every day. If your anti-virus software can’t keep up with these new viruses, then it’s not really worth it.