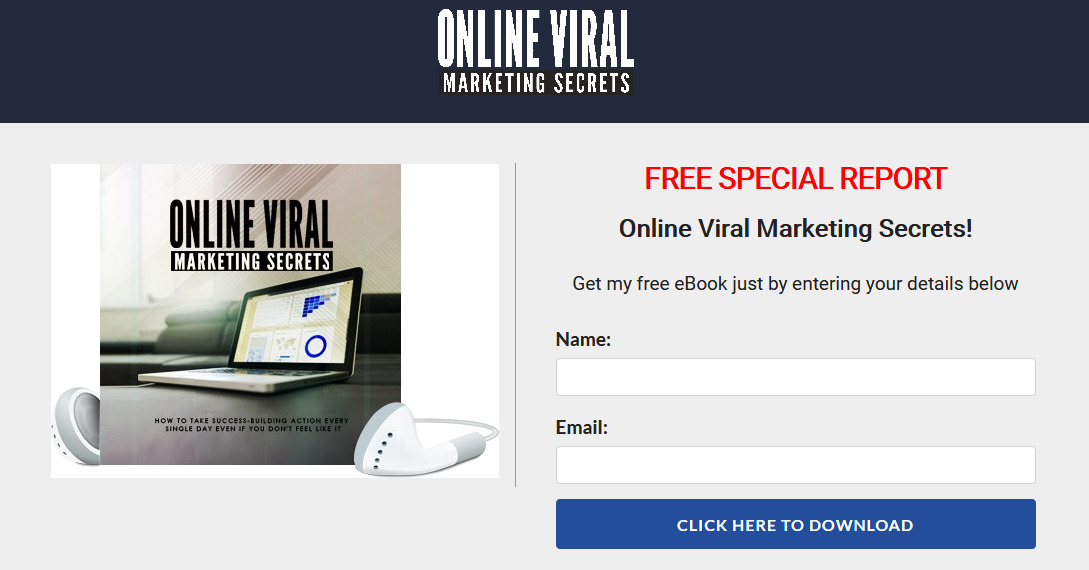 This guide exposes the secrets to viral marketing that helps you save time, save money, and avoid unnecessary stress. Needless to say, if you follow the tips that I’m going to share in this book, you increase your chances of finally succeeding with viral marketing.

The essence of viral marketing is content. In other words, you have to get viral content so you can pull a lot of traffic from many different places on the internet and convert that traffic into cash.

So far so good, right? Well, the problem is, it’s too easy to fail creating “viral” content. It really is.

Too many marketers have a mindset that if they “build it, they will come.” I’m sorry, but publishing “hot, awesome or creative content” on your blog is not going to cut it. Publishing great content is not enough to make it go viral.

It’s very expensive to create original content. You probably already know that first hand. Maybe you tried hiring somebody to write this content for you. Maybe you tried writing it yourself.

Viral Success All Boils Down to the Right Eyeballs

In other words, you need to get niche viewers. The secret to viral marketing is not massive amounts of views. It is neither a tremendously mind-boggling amount of traffic. Believe it or not, raw views or raw visibility is not going to translate to much money. Seriously.

Millions of views won’t produce real cash, unless those views are from the right eyeballs. Unless you’re just trying to make money off YouTube videos and you get paid per thousand views, traffic, in and of itself, is not going to put food on the table.

I know I’ve told you that one key aspect to effective viral marketing is to find stuff that has gained traction on Facebook and reshare it on Twitter as well as YouTube. But there is a limit to this.

While you can get quite a bit of traffic, please understand that it’s not as simple as just shifting content from one platform to another.

I know you’re probably shocked. You’re probably thinking, “Are you crazy? Do you mean to tell me that if my content gets a lot of likes, favorites and comments, my stuff is still no good?” Yes, that’s precisely what I’m trying to say.

Those metrics don’t matter. Do you know what matters? Shares or retweets. Those are the only user actions that matter because they play a direct role in determining how much and how often your content gets redistributed far and wide.

It doesn’t really matter whether you have a piece of content that gets a lot of commentary and has a lot of favorites and likes. That’s not going to help you. You need the right eyeballs.

Considering the fact that people who follow other people or who have friends tend to have the same shared interests, then it makes a lot of sense to get your stuff shared as much as possible. When people share your stuff on Facebook, chances are, they will share it with people who share the same interest in your niche. That’s what you should be shooting for.

I’ve revealed a lot of secrets in this chapter. Please understand that it’s not about the content.

Also, the vast majority of social signals don’t really matter when it comes to viral marketing.

In Chapter 2, I’m going to shock you even more with another eye opening revelation.

Believe it or not, there are tons of stuff going viral on Facebook and Twitter every single day. In fact, according to a fairly recent estimate, over 2 million new pieces of content get published every day. You best believe that a significant percentage of that goes viral on social media and on the internet in general.

Content goes viral all the time. There are a lot of reasons for this. First, the content has some sort of emotional feel. Maybe it’s funny, maybe it’s shocking, maybe it angers people. Whatever the case may be, people get so worked up that they can’t help but share that piece of content.