Kombucha The Truth You Need To Know MRR Ebook With Audio 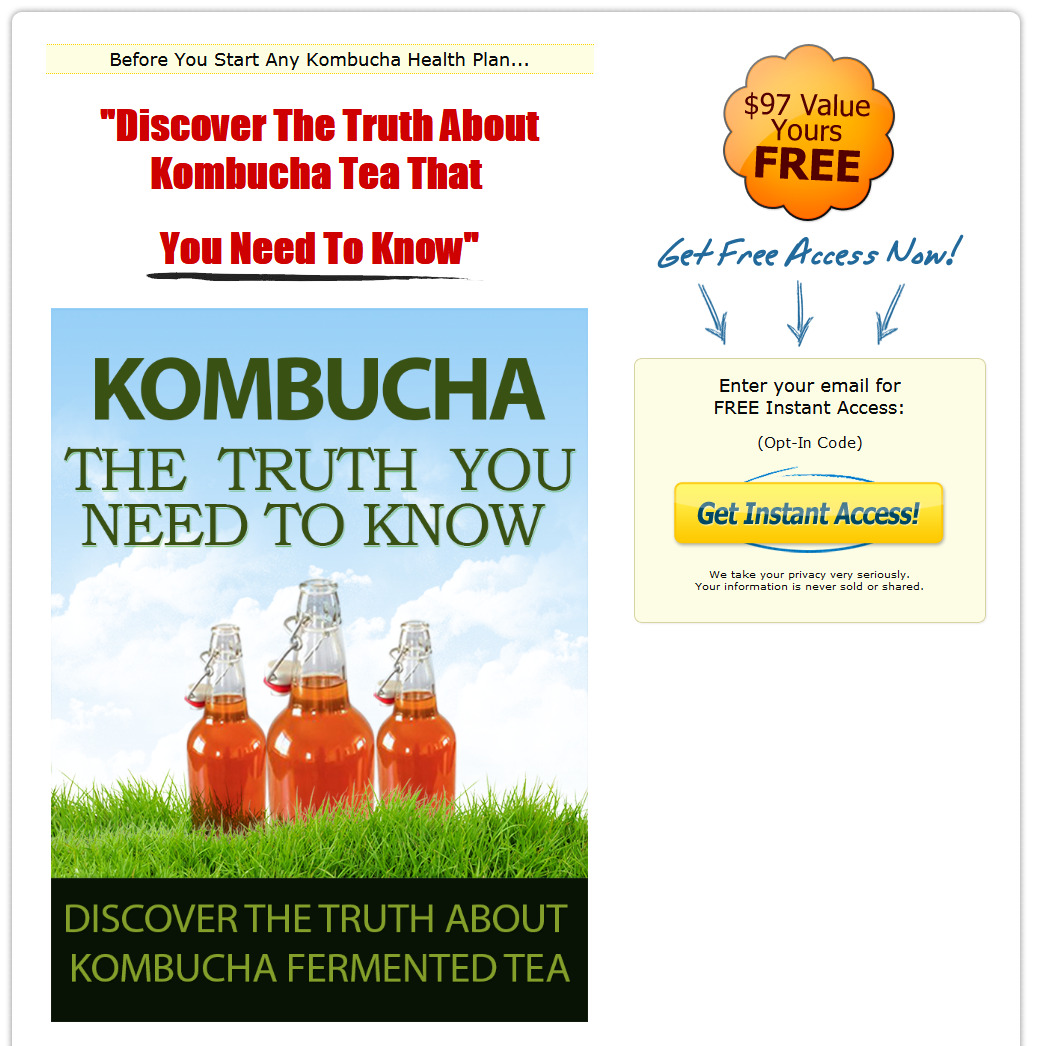 which can help with digestive issues, antioxidants which can help remove toxins from your body, and B vitamins which help in a number of ways within your body. It’s also low in sugar, calories, and sodium, making it great for people who are trying to lose weight.

Nobody knows for sure how far back kombucha goes, and the truth has been so mixed with legends over the years that it’s hard to separate them now. But, we’re going to do our best to present you with the history of kombucha tea and how it came all the way from an ancient Chinese medicinal drink to a modern-day health beverage around the world.

The first recorded mention of kombucha goes back to 220 BC during the Qin Dynasty in China. It was said to have been used as a drink of immortality for Emperor Qinshi Huangdi. This is likely where it gets the “cha” part of its name as the Chinese word for tea is “cha.” The Chinese had many other names for this drink as well such as “stomach treasure,” “sea mushroom,” and “tea mold.”

Supposedly, in the year 414 AD, a Korean doctor by the name of Dr. Kombu brought the drink to Emperor Inyoko of Japan, and this is where the drink gets its name. However, there isn’t enough evidence to back up this story, so it could be the stuff of legends. Another story is that Ghengis Khan carried kombucha with him as he traveled.

From Asia, kombucha found its way to Russia as well as Europe, where it not only gained in popularity until the 19th century, but also gained a few more names, such as in Russia where it is referred to as “tea mushroom.” According to one account, this beverage saved the life of Alexsander Solzhenitsyn, a Nobel Prize winner, while he was in exile in Siberia.

Kombucha continued to be popular throughout Europe and Russia until the beginning of World War II. This was because both tea and sugar were rationed and it was too hard for the average citizen to get their hands on enough of them to regularly make the drink. After the war, however, it began to grow again in popularity, and saw a surge in the 1960’s when Swiss researchers proved its health benefits.

In the 1980’s, there was a horrific accident near Chernobyl in Russia where a nuclear plant melted down, exposing hundreds of people nearby to radiation. There was a group of people made up primarily of elderly women, however, that survived and did better than the others. It was found by the scientists and doctors that these people regularly drank kombucha.

Since the year 2000, kombucha has become a popular health drink throughout the Western world, with people all over Europe, the United States, and Australia enjoying its numerous health benefits. Unfortunately, as many hail this drink as a miracle cure for a number of ailments, others claim it to be dangerous. Because it is created through a natural process and cannot be patented, big companies have little interest in it, which is why there have been few studies done on kombucha to provide completely conclusive evidence one way or the other.

Now that we’ve uncovered what Kombucha is and the history of this tea, the next thing to do is explain how it’s made…more specifically the SCOBY (Mother), which is what we will cover in the next part.

What sets kombucha apart from every other health drink out there is the process by which it is made. That process begins with something that is most commonly referred to as SCOBY, but may also be called “kombucha mushrooms” or “kombucha mothers.” These mothers are responsible for the fermentation process that turns tea into kombucha.

SCOBY stands for Symbiotic Culture Of Bacteria and Yeast. During the brewing process, it can be found floating on the top of the kombucha, and is removed before bottling. It is disc-shaped and has a gooey consistency and appearance that is unappealing to many people. But, if you want to brew your own kombucha, then you need SCOBY to do it!