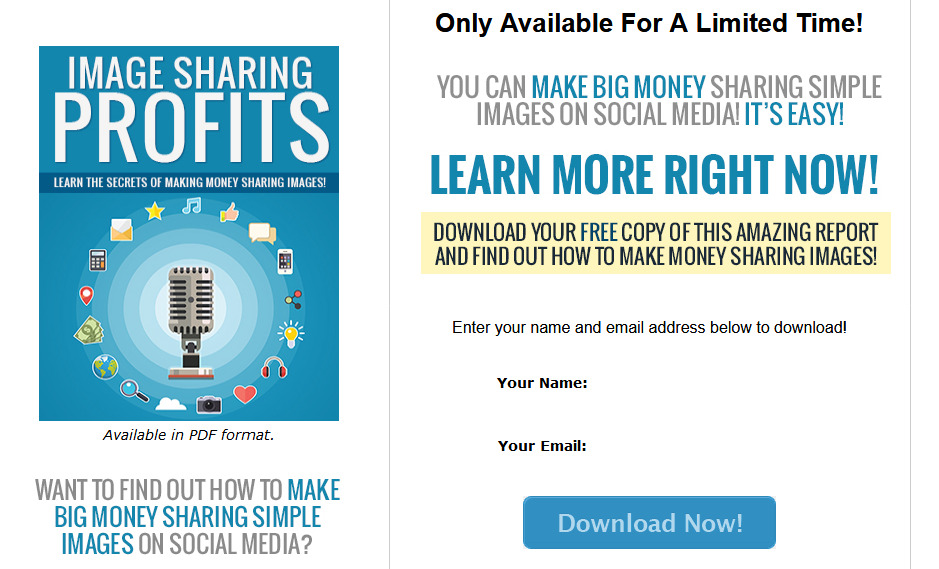 The most important element of this process is growing your following on social media to the highest number you can manage while making sure those followers are “real” followers and carefully cultivating a specific image.

Having a million followers isn’t going to do you much good if those people don’t engage with your posts—liking, sharing, and, most importantly, taking action.

As you grow your following, you want to make sure you’re doing so organically rather than simply paying for followers. Sure, paid followers can, on occasion, be productive. For example, Facebook ads can be a great way to get real followers who are interested in what you have to offer. But generally it’s not advisable to pay for followers, because they are often just bot accounts set up strictly for the purpose of following other accounts for money.

You’ll also want to ensure you’re branding yourself to some specific type of niche to make sure you get followers who are interested in something specific. Not sure what I mean by “branding” yourself?

Let’s take a look at some popular people in social media to see what we can learn from the way they’ve structured their profiles—their personal branding.

Love her or hate her, Kim Kardashian has become one of the shining examples of what is possible through social media. She typically posts selfies, along with information about fashion and cosmetics, and pictures of her famous family. She has well over 100 million followers between her major social accounts, and she’s reportedly paid as much as $200,000 for a single tweet!

She’s done a great job branding herself in the fashion and cosmetics industries, and she has a very strong engagement from her followers.

The other Kardashian sisters also have very strong social media presences, and they also command extremely high fees for mentions on their social media accounts.

George Takei made a name for himself as Hikaru Sulu on Star Trek in the 1960s, and has since become a gay icon.

He posts regularly on Facebook (where he has nearly 10 million followers) and other social media about such topics as marriage equality, his time in an internment camp during WWII, and he posts a variety of witty memes that keep his followers highly engaged.

He’s shown that posting funny memes can actually build you enough of a following to get important messages out there and have them actually get attention, too!

If you’re into video gaming, and maybe even if you’re not, you’ve probably heard of PewDiePie (pronounced pew-dee-pie).

He’s made a massive following for himself on YouTube by posting videos of himself playing various games and including witty and snarky commentary. He has nearly 40 million subscribers to his channel, over 9 billion total views of his content, and was reported to have made over $12 million in 2015!

Tess Holiday is a plus-size model who became the first to land a big-time modeling contract with a major agency. She posts on Facebook, Instagram, and other social media outlets about such subjects as plus-size fashion, and maintaining a positive body image at any size. This has gained her a large and loyal following of over a million on Instagram alone.

Taylor Swift has a massive following. In fact, she’s the most followed account on Instagram, with around 60 million followers. Her fans love her adorable, quirky personality, and her attention to social issues. People see her as not just another entertainer and fashion icon, but a real person who cares about her followers. (She’s actually helped some of her followers out financially.)

Taylor has such a huge engagement that she managed to get Apple to reverse their decision not to pay artists for plays of their songs during a trial of Apple Music. That’s pretty huge considering how difficult it is to get any corporation to actually listen!

Kim Garst specializes in social media, posting information about how people can be more effective on various platforms. She’s grown an impressive following, and is listed on Forbes’ list of top 10 social media influencers. She’s on pretty much every social media platform you can think of, and has a huge number of followers and lots of engagement.