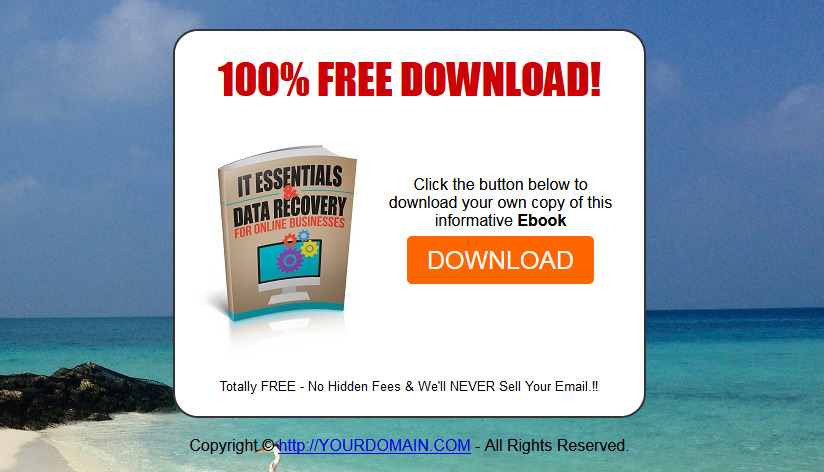 Chapter 1 The Beginning . 4
A Short History of Information Technology 4
The Hellenistic World 5
Early Programmable Devices 6
Communications and Information Storage ….. 7
Information Technology Since 1980 .. 8
Information Technology Today . 9
Types of Information Tools and Media 10
Personal Computer .. 10
Storage Media … 11
Internet Options and Communication …. 13
Chapter 2 Understanding BizIT …. 15
Assessing Your I.T. Needs 15
Desk and chair .. 16
Bookcase/Shelves…. 16
Table ….. 17
Telephone (And Phone System) 17
Computer and Monitor … 18
Printer, Copier, FAX Machine…… 20
Other I.T. Options 20
All Those Bells And Whistles; Do You Really Need Them? …. 21
Getting It Cheap … 23
Chapter 3 Getting Organized 25
Setting Up Your Workspace …. 25
Organizing the Worktop 25
Peripherals and Office Supplies . 26
About Wireless Technology .. 27
Getting Online 29
Dial-Up .. 29
Satellite 29
DSL . 30
T1 and T3 …. 30
A Word Of Caution… 31
Networking: The Intranet . 31
Sharing Printers and Programs .. 33
About Sharing Programs …… 34
Protecting Yourself And Your Business …… 37
E-mail Issues ….. 38
Computer Care And Maintenance . 39
Protecting The Hardware ….. 39
Software Maintenance … 41

The Classical Greeks were the first people of record to attempt to find scientific, rational explanations for natural phenomena. Some of the earliest proto-computers known were mechanical devices developed by the Greeks. One of these was a form of abacus (which also developed and was used in ancient China). The device facilitated and simplified mathematical calculation.

By the time the gradual break-up and fall of the Roman Empire was complete in the year 476 C.E., scientific and technological advances in the Western world had ground to a halt. While much of the scientific knowledge of the Greeks was preserved by Irish monks and Arab scholars, it wasn’t until the fourteenth century that principles of engineering were rediscovered and applied to information. The first of these was of course the printing press. Although the concept of movable type printing had been developed in China some four hundred years earlier, it was Gutenberg’s device in 1447 that revolutionized communications, making it easier and faster to record and disseminate information than ever before. The first truly programmable device would not come along for another 354 years, however.

The Jacquard Loom of 1801 was a product of the Industrial Revolution. This invention used a series of specially punched paper cards that functional as templates, allowing for the automatic weaving of highly intricate patterns. Those punch cards became very significant to computing in the 1950’s, 60’s and 70’s.

The next development was Charles Babbage’s “Analytical Machine” – a fully-programmable computer that unfortunately was never actually built. Babbage worked on designs from 1837 until his passing in 1871. This steam-powered mechanism would have also utilized punch cards, with a central processing unit (CPU) and a form of memory storage in the form of a system of pegs inserted into rotating barrels.

The Analytical Machine would have been capable of storing 1,000 numbers of up to fifty digits each, and perform six different mathematical operations, including the calculation of square roots. Babbage’s ideas were incorporated into early electronic computing devices being developed in the late 1930’s and 1940’s, although not all of these were actually programmable. The first truly programmable computers – able to store and use information – did not come into common use until the 1950’s, and yes – made use of punch cards (those born before 1965 may remember playing with them).

Other developments related to information technology involved major advances in communication, such as the telegraph – which was really an electronic improvement on ancient methods such as drums and smoke signals, and later semaphore communication. The first telegraph was actually built in 1809, but the technology matured during the mid-nineteenth century with the development of methods whereby actual images could be transmitted electronically (1843).

With the laying of the Transatlantic Cable in 1866, communication that once took weeks or months could be accomplished in minutes. Further advances included the development of wireless communication in the 1890’s, and the combination of this technology with the typewriter to create the teletype machine in the early 20th century.

Thomas Edison was the first to come up with a way to store sound information with the invention of the phonograph in 1877, but it was really the development of audio magnetic recording tape in 1926 by German inventor Fritz Pfleumer that would become a method of storing information electronically. Magnetic tape was initially used for recording sound. The technology finally arrived in the U.S. after the Second World War, and early computer engineers soon found uses for it. Magnetic audio tape was used to store data by the UNIVAC I computer of 1951.

What is interesting is how the information was stored – which differs little from the basic way information is stored today. If you were to listen to a magnetic tape on which computer data was stored, you would hear a series of beeps of varying lengths – but consisting of only two pitches. These are basically “ones” and “zeroes” – the building blocks of all computer data.

Today, we are able to store, process and transmit more information than ever before in history, using nothing more than two symbols!

The development during the 1970’s of integrated circuits and the microprocessor were the advances that began the real revolution in computing. Before the 1970’s, computers were huge, extremely expensive, and relatively slow.

Integrated circuits and microprocessors made possible the development of smaller, faster machines that were priced within the reach of more people. “Personal computers” had actually been around since the early 1950’s (computing pioneer Edmund Berkeley published plans for a PC which he called “Simon” in Radio Electronics magazine in 1950 and ’51). However, the Apple II, released in April of 1977 (price: about $1300) was the first modern desktop computer featuring an interactive, graphical interface made widely available and affordable to the general public.

[YES] Can sell and keep 100% of the sales.
[YES] Can edit the squeeze page.
[YES] Can be bundled into another paid package and sell at a higher price.
[YES] Can be used as a bonus to another product you are selling.
[YES] Can be sold in a Dime sale event.
[YES] Can be added into a paid membership site.
[YES] Can pass on the Master Resell Rights privilege to your customers.
[YES] Can be given away for free AGAINST an email address (lead generation)
[NO] Contents of the product can be edited, modified or altered.